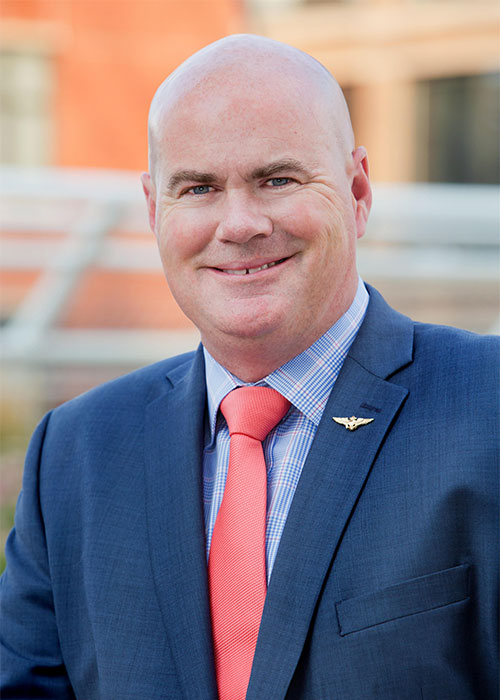 Scott has a national practice having helped clients in hundreds of cases in federal courts across the country and throughout Colorado. In his career, Scott has successfully resolved cases through settlement, or when necessary tried cases to a judge and jury, and has the strategic judgment to know which cases need to be tried, and which can be settled short of a jury.

Scott also has business leadership experience as Chief Executive Officer of a high growth company in the outdoor consumer goods, retail, and eCommerce marketplaces. From 2018 – 2019, Scott took a leave of absence from law in order to help this start-up organize & re-achieve its high growth trajectory through strategic brand positioning, disciplined financial management, and servant leadership. Scott has also served as both inside and outside General Counsel to businesses.

Scott’s broad professional experiences bring unique insights to his clients’ needs and helps him provide pro-active, timely and experienced counsel on general business matters, negotiating mergers and acquisitions (M&A), employment compliance, building high-impact low ego teams, protecting and enforcing IP, and to strategically address the plethora of other issues which founders and C-suite executives deal with on a daily basis as they build or refresh and grow successful and ethical companies where people love to work.

After graduating from law school in only 2-years, Scott began his legal career representing businesses and financial institutions across the transactional & litigation spectrums, including real estate acquisition and development.

In addition to building and leading high impact legal teams, and a start-up growth company as its first CEO, Scott’s leadership experience also includes 7-years as an officer and fighter pilot in the U.S. Marine Corps from 1997-2004. As a Naval Aviator of the F/A-18 Hornet, Scott served overseas with the Checkerboards of Marine Fighter Attack Squadron 312 and domestically with the Crusaders of Marine Fighter Attack Squadron 122, and has carrier arrested “tail hook” landings on the aircraft carriers USS Enterprise (CVN 65) and the USS Abraham Lincoln (CVN 72).

Scott attended law school after surviving a supersonic ejection from a crippled F/A-18 fighter jet, and then recovering from his injuries. Scott also has significant experience as a commercial, corporate, and airline pilot having been designated by the FAA as a Line Check Airman, trusted and qualified to teach and evaluate airline pilots how to safely operate passenger aircraft in challenging mountain environments. Scott has been qualified to serve as the pilot-in-command of approximately two dozen different aircraft and holds an Airline Transport Pilot (ATP) license, multi-engine and single engine, with multiple type ratings in jet and turbo-prop aircraft.

Scott is married to the former Kaaryn Sadler of Rockton, IL, and the couple is raising their family in the south metro Denver area.

Before joining the Marine Corps and raising a family, Scott was a football player at the U.S. Naval Academy and rock & roll guitarist, but today enjoys flying, mountain biking, fishing & dispersed camping in the BLM lands of Colorado and the Rocky Mountains.